True to BSTN’s proprietary ‘Feed Fam, Fuck Fame!‘ philosophy, we’re introducing you to some members of the immediate as well as the extended BSTN family. In their own words, they talk about themselves, their career, and selected topics close to their heart. This is Feed Fam – Episode VII featuring creative and entrepreneur Chelo.

On the reason for founding THATBOII:

Do you guys remember tumblr? That’s where I started. The platform allowed me to express my mood and my vibe. And in addition, it was simple. Compared to Instagram and similar platforms today, it was less overcrowded. You could simply follow thirty or forty accounts and that was enough to create your own little world and spread the vibe you were creating. So tumblr became the mood board for me to share pictures or music videos. It didn’t have a huge following but it made me happy.

I tried the same approach when Instagram came around. At its core, it was about sharing my vibe and the things that I was into without paying attention to what others were thinking. I still used it to create a cool mood board. And I called it THATBOII because it represents myself and fits my approach really well.

Once I had grown tired of my initial logo – which was very basic – I sat down to create a better one using PhotoShop. I didn’t even draw it on an iPad using a pen. It was done with a mouse on a regular desktop computer. (laughs) I simply scribbled the THATBOII lettering … and the second try turned out to be the one. I sent it to a couple of people whose opinion I value and since they liked it as well, the logo was born.

And from there, things started to take shape. I decided to do more with that logo. At first, I thought ‘Let’s create some caps!’ So, I created 20 hats and was eager to see how it would go. I had ordered numerous caps from various online shops, chose the best one and had it embroidered by a local craftsman here in Munich. When these caps were sold out in a few minutes is when it clicked for me. I realized that people were interested in what I was doing and that’s where it started. I began trying various other projects but never had the intend to start a fashion label in the first place. It was rather the result of a step-by-step process.

Later on, I decided to actually turn the label into a fashion brand. I wanted to grow the collection and make sure it’s produced in a sustainable way. But the one thing that has remained the same from the very first caps or t-shirts that I have made: I have always created pieces that I had wanted to wear myself. If I create a pink shirt with a neon print on it, I’m doing so because that’s what I want for myself as well. And if other people like it as well, even better. I get to wear clothes that I love and the community gets to participate as well. I think that this approach is what makes the product so authentic.

It’s not just a mood board anymore. If I said that I would be short-selling the label. But it’s also not just a fashion label. There are many more things that are connected to it, like the sound system, THATBOII Wave. It’s an overall vibe of the things that I create – which also includes the clothes and the accessories produced by the fashion label.

On balancing creativity and external expectations:

If somebody asks me what I do I always say ‘I’m a creative.’ Which is cool because I’m not forced to do anything. As an independent label I don’t have to drop a collection or anything like that. I have the freedom to do what I want. That’s an important element for me to maintain. However, this freedom has to be balanced with the fact that I have to make some money at the end of the day. Realistically, I can’t get by with only dropping one collection a year when I feel like it. But that’s why I work with a small number of hand-picked stores who know who I am and know how I work.

I don’t like having to think about things that I have to do. I feel that way when it comes to music as well as to fashion. I like the freedom and people will either like the product or they won’t. Obviously, it’s better if there are at least a few people who like what I’m doing. (laughs) Unless you have rich parents that you want to rely on, you’ll have to at least create some turnover. That’s the crux: balancing the creative freedom and the necessity to make a living off of it. We have a store now. We need to create revenue to play our employee. While technically diminishing the freedom, it is necessary.

I don’t like being pigeon-holed. And I don’t like pigeon-holing the label either. THATBOII is like me, like Chelo. The label is whatever I decide to create. Which might be one thing today and something entirely different tomorrow. If I decide to record a mixtape, it will be published via THATBOII as well. If I decide to travel for a year, take pictures, and tell stories of interesting people, I’d also publish it via THATBOII. That freedom is not only what’s interesting about the approach but also my motivation to do more. Who knows what we’re going to do next year?

On finding inspiration instead of chasing it:

As a creative, I don’t like to force inspiration. I take a trip by myself at least once a year. I’ll go to a different city and I’ll figure out what strikes me. It can happen in a café, it can happen on the streets, it might even happen in a bathroom somewhere. Sometimes it happens on Instagram as well. But while Instagram can be helpful at times, it’s a bubble in and of itself. That’s why real life can’t be beat.

Smartphones allow you to be ready whenever creativity and inspiration strike. You can take pictures, take notes, record. Technology enables you to implement something immediately or at least take notes of what you want to do.

On the importance of freedom:

Given the fast-paced nature of the way we consume, especially in the fashion industry, I’m often able to get a product from campaign creation to release within a week. I might have a photo shoot on a Saturday and – depending on my ability to charm the photographer to speed up the post-production – can post the images on Instagram or send out a newsletter in a matter of days. A week later, the product can be available.

Not being tied to release schedules or seasonal events is a tremendous amount of freedom, which I enjoy immensely. The ability to pick and choose which product I want to release and when I want to drop it is incredibly important for me. This amount of freedom is what is keeping me from wanting to grow the project too much or chase the big bucks. Most projects, regardless of which sector you’re working in, will reach a point when you have to make a decision between earning as much money as the project is able to provide for you and maintaining your freedom. 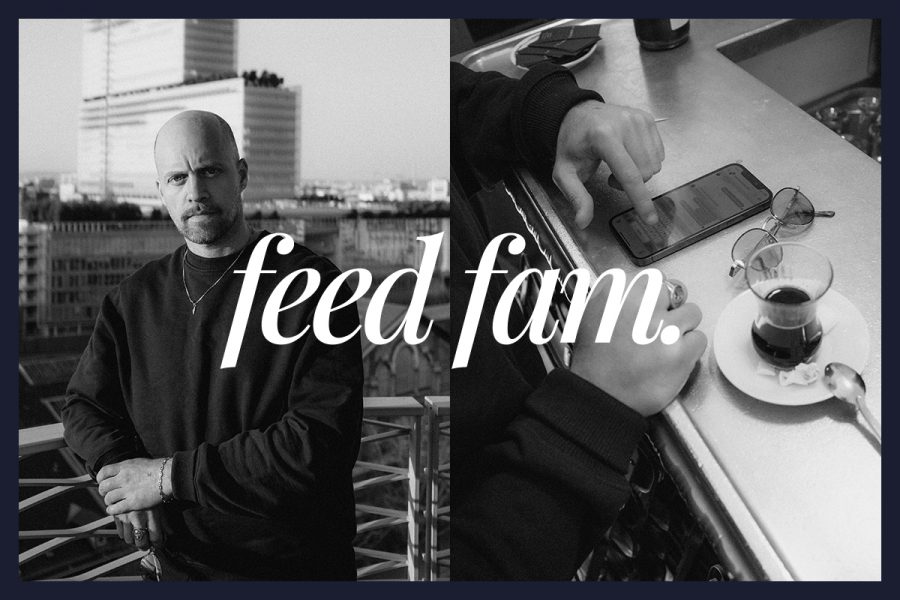 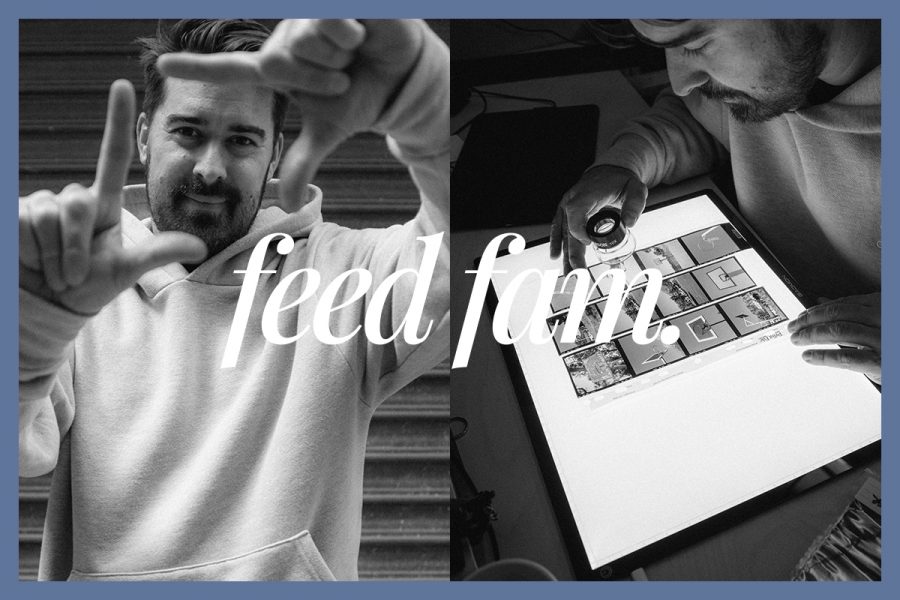 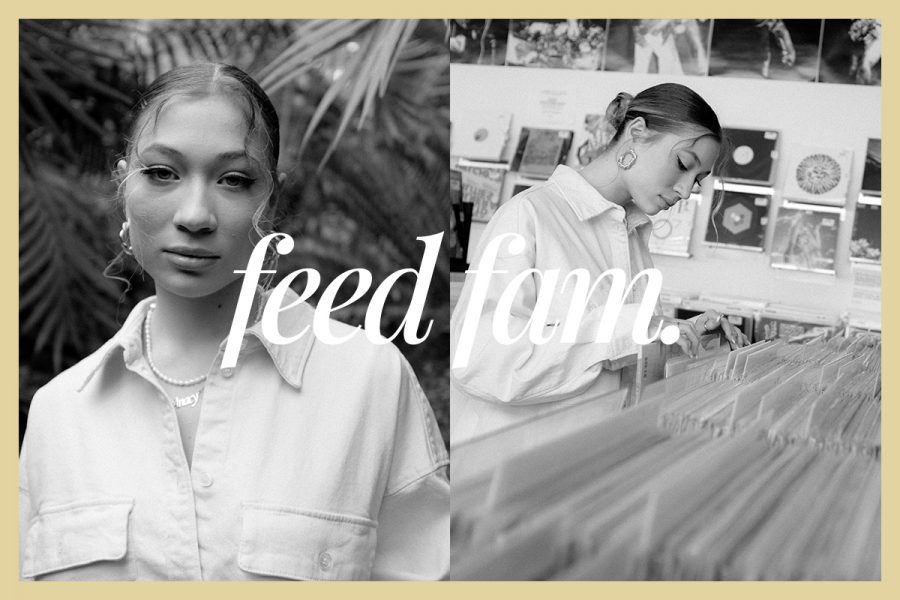