“Michael!” You can clearly hear the coach’s voice, even during the TV broadcast. “Get up on him!” That voice belongs to Phil Jackson. And there was only one Michael that the legendary Bulls Coach was talking about.

After a screen on the left wing, the Bulls switched on defense. Iverson had used the pick to get separation from Ron Harper, making Jordan the primary defender of the aspiring Sixers rookie. At first, Iverson gave the G.O.A.T., in his own words, “just a little cross, to see if [Jordan] would bite on it.” After number twenty-three had set his feet again, Iverson went for it.

The two teams had met once before during the 1996-97 NBA season, an early-November loss at Chicago. However, Iverson had shown promise, dropping 32 points in another defeat before Christmas. This time, on March 12th, the game was played in Phily. This was the Sixers’ home turf and Iverson was ready to go after MJ, just like he had pictured it in his head growing up. The stage was set.

The lightning-quick crossover, left to right, gave the young guard enough space to launch a jumper over Jordan’s outstretched arm. As the ball found the bottom of the net, the basketball world took notice. Mind you, this was prime MJ, fresh of 72 wins and his fourth title and well on his way to guiding his Bulls to another 69-13 finish that season, capped off with title number five. Announcing his presence against that guy, Iverson had turned heads all over the basketball world.

Very quick! He keeps the ball very low to the ground. And he is certainly closer to it than I am. But his quickness is unbelievable.

Michael Jordan on “the little guy’s crossover” after the game

By pulling off his signature move against the greatest basketball player of all time, Iverson had not only underlined his aspirations to become the NBA’s Rookie of the Year 1997. The Answer had arrived! And 25 years later, the shoes that Iverson wore for his miraculous move, are back for a special tribute.

The iconic ‘Blue Toe’ edition of the Reebok Question Mid, the signature shoe that Iverson wore for the famous crossover, is now available at BSTN. Pick up your pair via the button below! 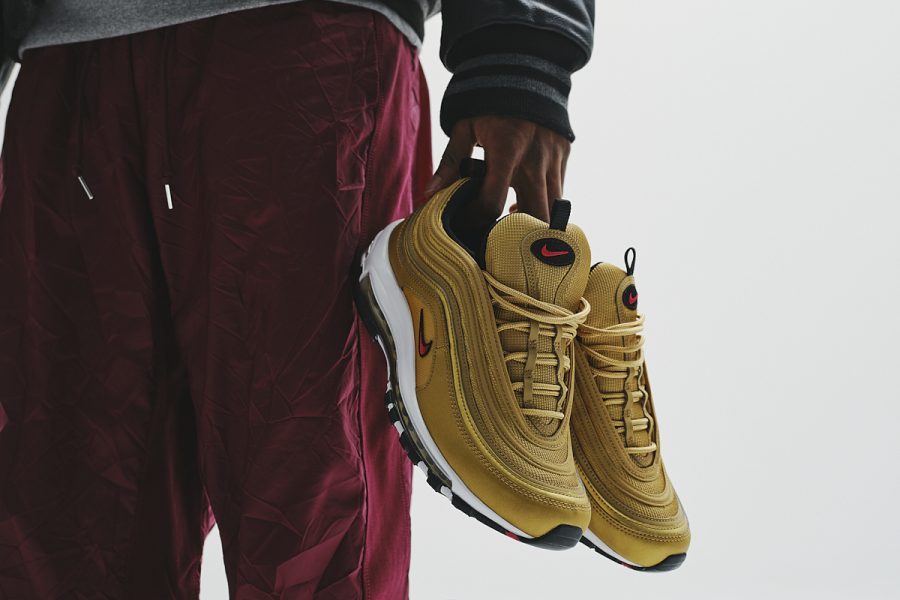